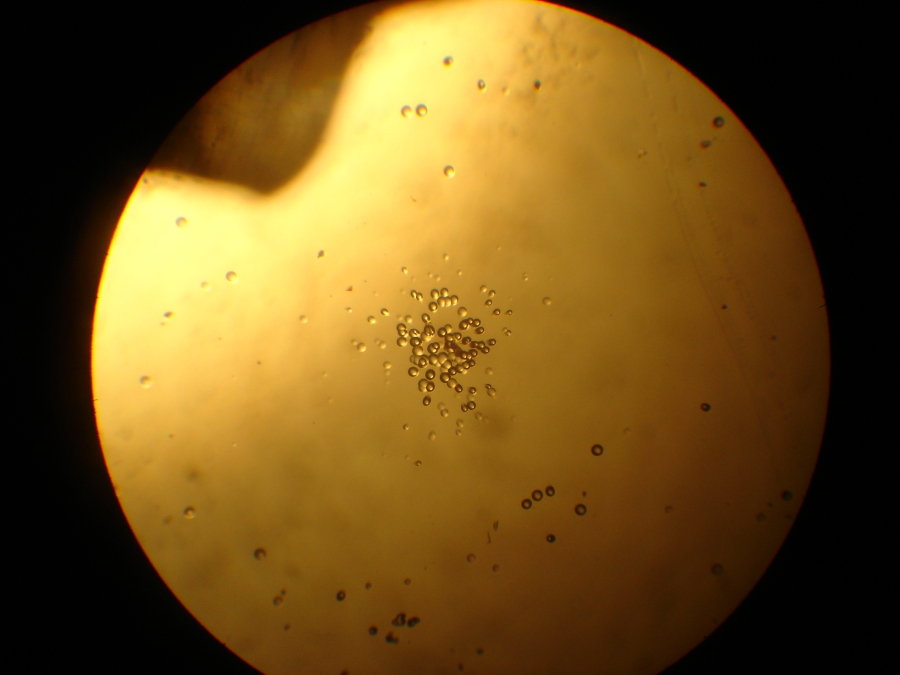 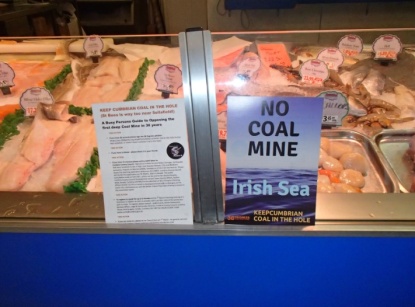 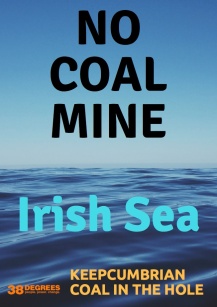 There are many reasons to object to the plan for the first deep coal mine in the UK for 30 years.  The North Western Inshore Fisheries and Conservation Authority has voiced concerns. They highlight the following concern which is uniquely perilous to this area of the Irish Sea:

This is what radiation does to plastic

The centre of this image shows radiation tracks from a particle found near Sellafield. This is what radiation does to plastic. The Low Level Radiation Campaign tell us “it’s probably Plutonium, and about 1 micron diameter. Official reports since 1989 state that the Bristol Channel contains radioactivity from Sellafield. Since 1965 Hinkley Point also has discharged particles. Evidence that particles like this are present in the sediment has been covered up. When inhaled they are likely to be scavenged to lymph nodes. They deliver high doses of radiation to whatever body tissue they lodge in.”  Plutonium is found being washed up on West Cumbrian beaches from radioactive wastes discharged to the Irish Sea from Sellafield reprocessing.  Seabed subsidence would dramatically increase the “natural”  resuspension of Sellafield wastes from the seabed.

More from the North Western Inshore Fisheries and Conservation Authority below.

“The North Western Inshore Fisheries and Conservation Authority is the relevant body for the regulation of inshore sea fisheries within its District. It has a range of duties including sustainably managing the exploitation of sea fisheries resources and balancing the social and economic benefits of exploiting resources with the need to protect the marine environment.

Issues of concern to the NWIFCA regarding potential impacts on the coastal and marine environment relate to all marine and coastal areas located near to the project that could be impacted, not just Marine Protected Areas (MPAs) – Natura 2000 sites, SSSI and Marine Conservation Zones in this case. There are legal procedures for assessing risk and impacts on protected sites and obligations for minimising / mitigating against these risks. However NWIFCA would ask that assessments take a broader approach and consider any risk posed to all of the coastal / marine environment within the zone of effect.

Details of many of the aspects of the development are naturally currently relatively sketchy and it is therefore not possible to provide in-depth response. However at this stage there are areas of concern highlighted below.

Issues of particular concern are outlined as follows: