West Cumbria Mining entered into “an exclusive marketing and offtake agreement”  with Javelin Global Commodities .whose major stakeholder is Murray Energy on October 14th .  On October 29th the New York Times reported that Murray Energy had filed for bankruptcy.

West Cumbria Mining say that “The agreement will see Javelin purchasing 100% of WCM’s production output”.   The major stakeholder of Javelin Global Commodities is Murray Energy.  Javelin was founded as a joint venture between Murray Energy Corporation and Uniper. (Uniper has interests in nuclear decommissioning and waste.)

“Tom Kacsmar worked underground at a coal mine for nearly four decades. The promise of a decent pension and healthcare for life kept him at this dangerous job.

Now, Kacsmar fears those benefits will get washed away by the bankruptcy of Murray Energy, America’s largest private coal mining company.

I’m really worried. I know they are going to wipe away my pension.”

RYAN COTTRELL, WHO WORKS AT A WEST VIRGINIA COAL MINE OWNED BY MURRAY ENERGY

“I was a proud, hard-working coal miner my entire life. With the stroke of a pen, they’re going to cut my healthcare,” the 76-year-old retiree told CNN Business.
Kacsmar never worked a day for Murray Energy, the mining giant founded by coal king Robert Murray. But like countless other retirees, the fate of his benefits is inextricably linked to the company, which is seeking to “dramatically” slash its liabilities, including $8 billion of pension and retiree healthcare obligations.”

Murray Energy, once a symbol of American mining prowess, has become the eighth coal company in a year to file for bankruptcy protection. The move on Tuesday is the latest sign that market forces are throttling the Trump administration’s bid to save the industry.

The collapse of the Ohio-based company had long been expected as coal-fired power plants close across the country.

Its chief executive, Robert E. Murray, has been an outspoken supporter and adviser of President Trump. He had lobbied extensively for Washington to support coal-fired power plants.

Mr. Murray gave up his position as chief executive and was replaced on Tuesday by Robert Moore, the former chief financial officer. Mr. Murray, who will remain chairman, expressed optimism that the company would survive with a lighter debt load.

“Although a bankruptcy filing is not an easy decision, it became necessary to access liquidity,” he said in a statement, “and best position Murray Energy and its affiliates for the future of our employees and customers and our long-term success.”

Murray, the nation’s largest privately held coal company, has nearly 7,000 employees and operates 17 mines in six states across Appalachia and the South as well as two mines in Colombia. It produces more than 70 million tons of coal annually.

But with utilities quickly switching to cheap natural gas and renewable sources like wind and solar power, Murray and other coal companies have been shutting down mines and laying off workers. Murray’s bankruptcy follows those of industry stalwarts like Cloud Peak Energy, Cambrian Coal and Blackjewel.

Murray was most closely identified with Trump administration promises to reverse the industry’s fortunes.

Mr. Murray contributed $300,000 to Mr. Trump’s inauguration. Shortly after, he wrote Mr. Trump a confidential memo with his wish list for the industry, including shaving regulations on greenhouse gas emissions and ozone and mine safety, along with cutting the staff at the Environmental Protection Agency by at least 50 percent. Several of the suggestions were adopted. 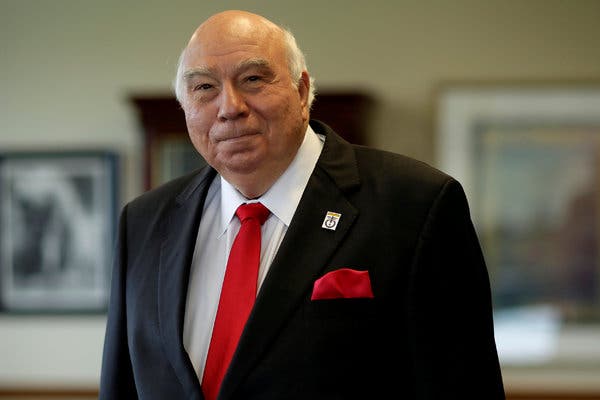 NEW PETITION TO CUMBRIA COUNTY COUNCILJuly 8th, 2020
Keep the coal in the ground and do Whitehaven, Cumbria and the planet a favour. Turn down this coal mine! TELL THE COUNCIL SIGN HERE https://you.38degrees.org.uk/petitions/no-new-coal-mine-in-cumbria